The weather was grey and restless again so we decided to go to Schull. In anticipation I had half made an arrangement to pick up a consignment of cheese and sausage from Gubbeen.  As we pulled out of the orchard it started to rain, throwing it down, pelts of water smearing the windscreen.
On the drive up Mount Gabriel the rain got heavier until we reached the road that goes over the top when it seemed we had risen over the level of the rain filled clouds and the weather started to slacken. As we drove into Schull the rain stopped altogether and sun was out over the islands of Roaringwater Bay lighting the white breakers that crashed on their black rocks.

Having been to Hackett’s on our last visit to Schull we were now promised to the Fish’n’Chip Shop on the Pier. Hackett’s looked tempting though and there were empty tables inside when we walked past. I saw my friend with the ginger moustache standing in the doorway of another pub on the Main Street. In the window of the estate agents there were houses for sale. There were bargains to be had “99,000Euros for a two bed- roomed house looking over the sea on an 3 acres of good land. May need some work. All connected”. There was a life for when the children leave home. 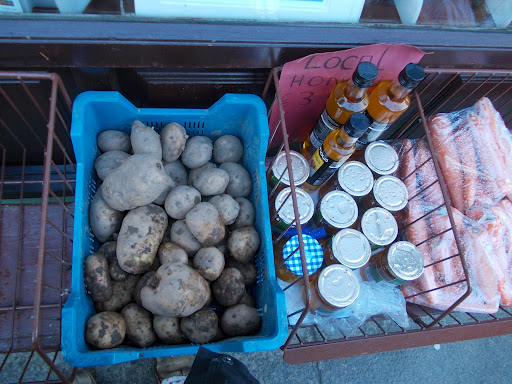 Before going down to the pier I went to the fish shop and picked up some prawns and then to the butchers for steak. We would be eating well in the evening.
There was an end of season feel about the Fish’n’Chip Shop. The summer will be coming to an end on the weekend and they would be closing until next year. They were out of rose wine and scampi – which four of us wanted. So we settled for half a dozen oysters and calamari and chips, monkfish and chips and fish and chips. All to be washed down with a bottle of Muscadet.
We sat on tables in the sun and admired a boat that was for sale on the quay. Its merits and those of a ribcraft were debated. I still went with blue boat on the quay. I thought it would look good tied up on the pier and I am sure that with a big enough engine it would go fast enough for the speed freak in the family.

The food came.  Great punnets of chips loaded with whatever fried fish we had ordered.  We wolfed it back watched over by crows that stood patiently on the lines over our heads. 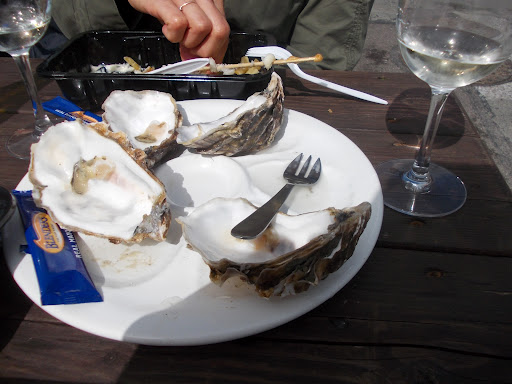 After lunch we drove to Gubbeen along the coast road to Toomore and Golleen. The road passed through green fields before dipping into a small valley and a gathering of trees. There was a sign for Gubbeen House. We drove up the narrow lane to the farmhouse. There was no one about but a troupe of chickens wandered near the front door and the green lawn was bathed in sun. 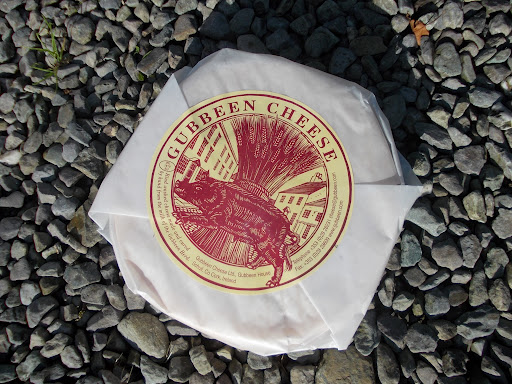 Eventually someone came out to point us down to the smoke house were my order had been left. There we bumped into Fingel Fergusson, the man behind the smokehouse. We shook hands although I am not sure if he remembered me. He passed over three large boxes, 10 small Gubbeens, two large cheeses – a mature Gubbeen and an Aged Smoked Gubbeen and a box of salami and chorizo from the Smokehouse. 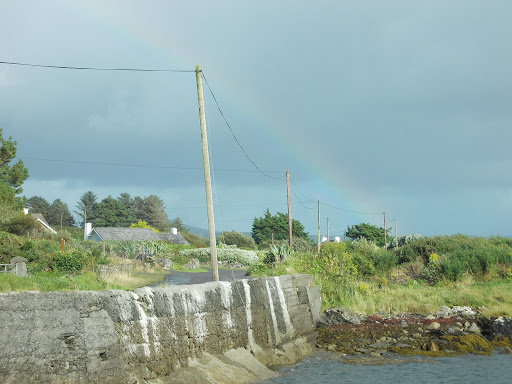 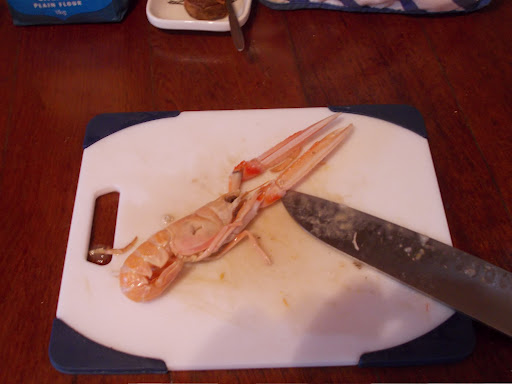 1 thought on “Lunch in Schull and collecting cheese”