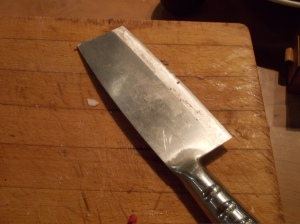 Tonight was a good night. The family was out watching James Bond and by the time I got home there was 40 minutes or so to really upset the neighbours. My default listening pleasure at this stage is usually Satisfaction by The Rolling Stones from the extra disc that came with the the box set of Get Yer Ya’s Ya’s Out, an old bootleg version of Boxcar by REM or Rock’n’Roll by Led Zeppelin from How The West Was Won. Each a perfect opportunity to beat hells bells out of a tennis racket and pretend for at least a moment.

This evening I went for something different. I have found myself on the email list for Six by Seven who briefly about 12 years ago were a Peel favourite before falling off the map. Despite being off that map they have continued to plough a very worthwhile furrow and every few weeks I get an update from chief SxS Chris Olley as to where he and his music is at.

Earlier in the summer he almost gave away ten or so CD’s of historic music to remind us of how great they were. On the drive back from work the Ipod shuffle had thrown up something by Fuck me USA (which is a very good name for a band) so I though I would dig out the CD of SxS platying live at Glastonbury some years back.

It was the perfect noise to sort out the rack of lamb chops I picked up from The International Store on the way home. There is a beauty about pure noise. That moment where an electric guitar is suddenly hit vey hard so that all the possible notes are gathered up and spat out as a grunt of sound that hopefully goes on for a long time.

SxS manage to do this a lot and it can be quite liberating to listen to on a Friday eveing whilst cooking up a plateful of lamb chops, marinaded in honey, garlic, ginger, ras el hannout and morgrabia.