Earlier today I stole a couple of hours out in the garden, cutting back the buddleia in the wall, clearing out the beds clogged up with leaves and dead growth and finally emptying the greenhouse of the slightly disappointing tomatoes. Before I started I sawed up a bagful of logs for  the fire. I keep thinking I need a chainsaw for this, then last week I read the poem Galen is going for his English GCSE, Out Out, by Robert Frost about a boy sawing wood who is distracted by his sister’s call in to dinner and loses his hand. Given the damage I have done to myself over the years with just an ordinary saw I am probably safer with that. 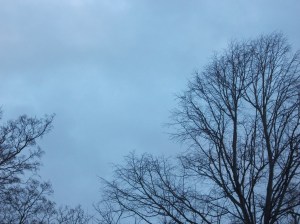 Grubbing around in the beds I found the emerging shoots of next Springs growth although there was no sign of the hundred or so Snowdrop bulbs I planted earlier in the year.

Back inside I started on making some Beet Cured Salmon for the next meeting of the music group on Thursday evening. 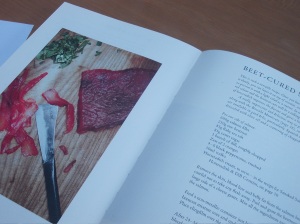 There is a perverse pleasure in grating raw beetroot watching your hands stained blood red by the ineluctable juice. The grated beetroot was then mixed with a good handful of salt and sugar, chopped orange peel, crushed pepper corns, a glass full of vodka and a great bunch of dill. 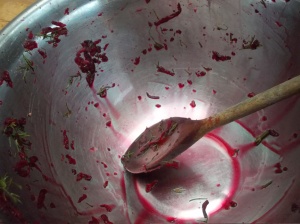 Half this mixture was spread on the bottom of a plastic container, a skinned salmon fillet was placed on top, and the rest of the mixture was spread over. I laid the stalks from the dill on top and then weighted it down. My best weight is a lump of pig iron taken from an old lawn mower that was heading for the tip. That all went into the fridge for two days. 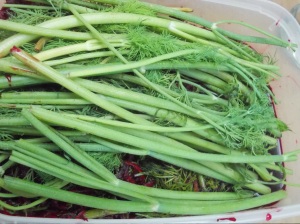 We will eat with creamed horseradish from the garden. I pulled out two crooked roots this afternoon. I suspect that next year it will be out of control and will have taken over its corner of the veg patch. 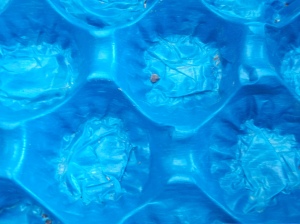 This evening I have been making more quince paste. 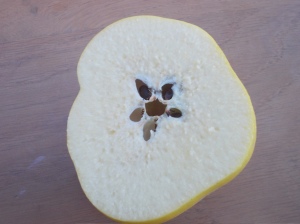 They are in the big pan on the oven having been boiled for three hours in water until they collapsed and then through two sieves and mixed back with almost its own weight in sugar. 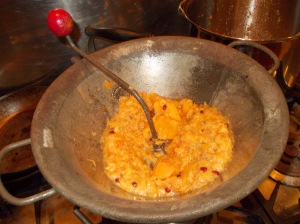 Jane Grigson in Good Things  suggests that at this stage, when stirring, you should wrap your hand in a tea towel before taking the wooden spoon so the molten hot sugary paste doesn’t spit at your skin.

Late lunch/supper was roast chicken in goose fat, carrots with honey and cumin and roast potatoes. The oven was full for a while. 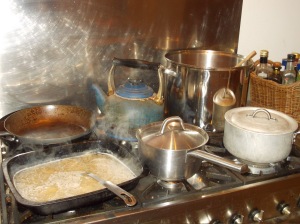 Listening to Bill Callahan’s Apocalypse – his slow taking apart of the spaces of the Old West.