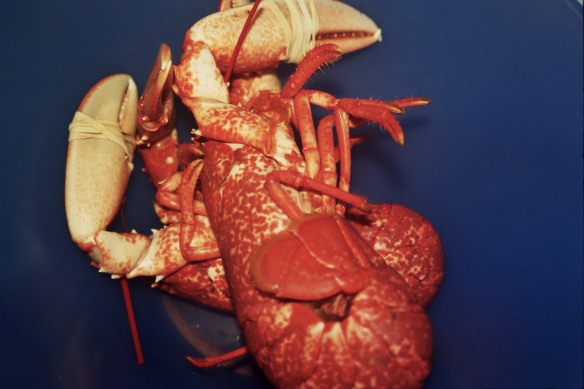 On the moment I am reading Up In The Old Hotel by Joseph Mitchell. It is one of the best books I have read in a while. The book is a collection of the pieces he wrote for The New Yorker bwtween the 1930’s and 50’s. They are long and discursive, dealing with the people, the characters he meets as he walks the streets of New York and its environs. He gives the people time to talk about themselves and what they do. Some of these conversations are almost an aside to the meaning that he was able to find for their lives and their place in the city.

One of the joys of the book is the time that he spends to describe the waters around New York and along the coast up to Connecticut and the lives of the fishermen and the other boatmen who spend their time, and make their living on the sea.

One of those men is an Ellery Franklin Thompson, a Dragger Captain, a dragger is a small trawler. Mitchell describes him as about as self-sufficient as a man can be. He has no wife, no politics and no religion. Amongst other things he notices his trousers leathery with fish blood and slime…

Later this month I should be receiving the latest copy of Fire & Knives which should contain an article I have written about lobsters and fishing for them with Tommy Arundel. As a sort of celebration of that here is a description of how Ellery Thompson cooks and eats his lobster.

He is a matchless lobster chef. He boils and he broils and he makes lobster chowder, but most often he boils. He puts a tub of fresh sea water on the little coal stove in the cabin and heats it until it spits. He wraps his lobsters in seaweed and drops them in, half a dozen in a batch, and times them with a rusty alarm clock that hangs from a cop hook on the underside of a shelf above the stove; after exactley fifteen minutes, he dips them out. He lets them cool slowly, so the meat won’t shrink and become flavorless and rubbery, the common condition of cold boiled lobsters in restaurants, and then he heaps them on cracked ice in the ice bin in the forward fish hold. He and his crew – Frank, the mate, and Charlie, the third man – reach in and get a lobster any time they feel like it. They eat them standing on deck. They smack them against the rail to crack the shells, pluck out the tail and claw meat, and chuck the rest overboard. One fall day, out of the Hell Hole, the three of them ate fourteen in between meals.