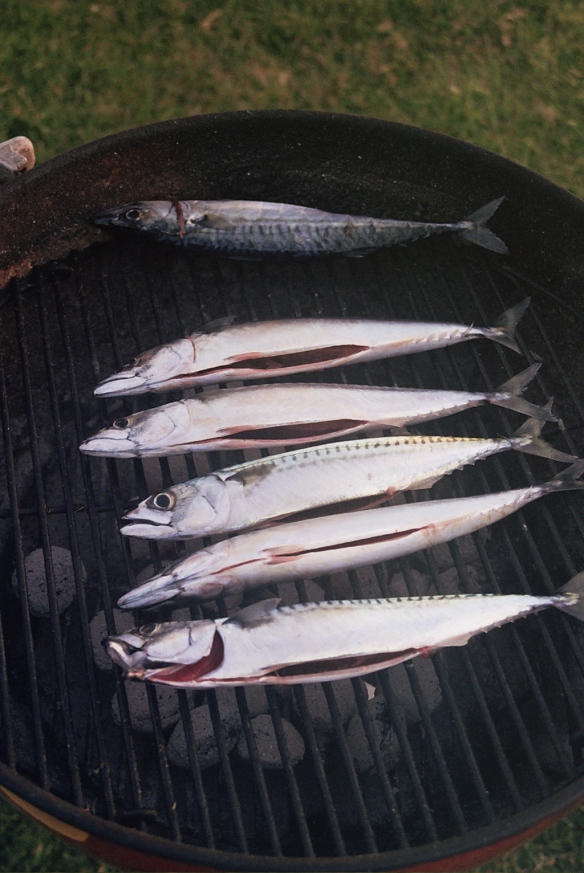 “If I were to say what I should really like to have for dinner,” replied Nicholas, in answer to his wife’s question upon the subject, “it would be fried mackerel,” smacking his lips as he spoke.

“Then that’s just what you won’t have,” said Mrs Dunks, as sharp as a north-east wind.

“Ay! And humph again !” responded his better half. “I’ve other fish to fry to-day, that I can tell you.”

“Then why did you ask me?” said Nicholas.

“Because I was a fool. I might have known you would be sure to give all the trouble you can on wash-day.”

“Humph!” quoth Nicholas again, as he took his hat off the nail, brushed it with the cuff of his coat, and clapped it on his head with the air of a man determined to have his own way.

“Where are you going now?” said Mrs Dunks.

“To get a fried mackerel for dinner,” replied Nicholas, marching out of the room, erect of body and resolute of soul.

Nicholas was right. A man is no man who cannot have a fried mackerel when he has his heart set upon it; and more especially when he has money in his pocket to pay for it.

1 thought on “Fried mackerel for dinner”