So I have just bought my third copy of The Writers & Artists Yearbook. This time it is the 2013 Edition. I first bought a copy about twenty-five years ago back when I won The Chester Poetry Society Annual prize and I thought there was money to be made in that. I then bought a further copy about five years ago when I started seriously on How to Kill a Mackerel and I thought I should do something about getting it published.

I can remember then feeling worn down by all the advice (and the hard work that would have to go with it) and it went back on the shelf and has hardly been looked at.

Since then I have had various pieces published in Fire & Knives and I have revisited parts of the book through writing this blog and, with the conversations I have had with the man with a dark beard, other pieces have been added. I was conscious that five years is probably a long time in publishing so I thought it worthwhile getting an up to date copy before setting course on trying to get at least some of it published.

I leafed through the yearbook last night and then same sensation of being worn down by the advice started to return. So I put the book to one side and started to write a proposal and give some thought to who might actually want to read a book about the killing and eating of mackerel and other beasts from the sea. We’ll see….

In the meantime this evening I am cooking a small pork shank. I bought it at Christmas and put it in the freezer and forgot about it. I came across it last night whilst rummaging around and reckoned that if I took it out to defrost I would think of a way to cook it over the day. It is in the oven on the moment resting on a bed of potato and apple, cider and garlic. 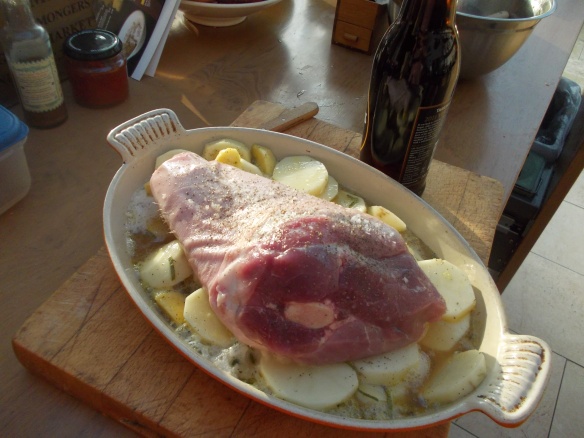 Galen and I will be eating it. It should be good.

It sounds like the rest of the weekend is going to be a battle between me and the family over what we listen to. Yesterday I invested in the new albums by Flaming Lips and The Knife.

The Flaming Lips made an album once that consisted of 4 CD’s that had to be played on 4 different machines at the same time. How good it sounded depended on how well you were able to sync up the four machines so each CD started at the same time. If I was to unkind you could say that the new one sounds like a playing of those 4 CD’s that has gone badly wrong. I think this is good. The family don’t and complain.

The Knife has lots of bits that sound like the bit in the middle of Echoes by Pink Floyd when the seagull noises start.

It should make for an interesting weekend. 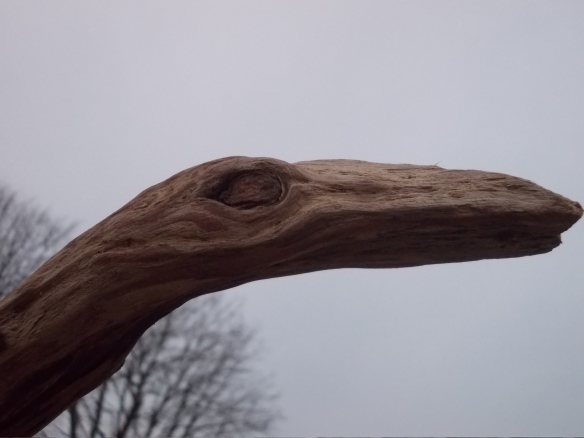