I didn’t have too much difficulty finding a recipe.

I started off with Jane Grigson’s Good Things and rather to my surprise it wasn’t there so I moved onto her Fish Cookery and there it was. A mixture of crab, eggs, cream and cheese in shortcrust pastry.

I looked around to see if there were any others but those that I found introduced too many complications. Simon Hopkinson had tomatoes and and saffron in his and Hugh Fearnley-Whittingstall just had too much of everything.

At Ward’s Fish I was about to buy two dressed crabs when it was pointed out to me the whole crabs were better value. Even better I could put on some music to listen to as I extracted the meat. So I bought two fat Loch Fynne crabs.

Back at home as I pulled the crabs apart and teased out the small nuggets of white meat I was reminded of a time in Ireland seven or eight years ago when Kevin and Julie came to stay and I cooked up a large pan full of crabs and Kevin and I spent the best part of an afternoon pulling them apart and turning them into crab cakes.

We will have the tart with potatoes and salad from the garden. Having made the tart it was nice to turn the Jane Grigson’s book over and to see where it had come from. 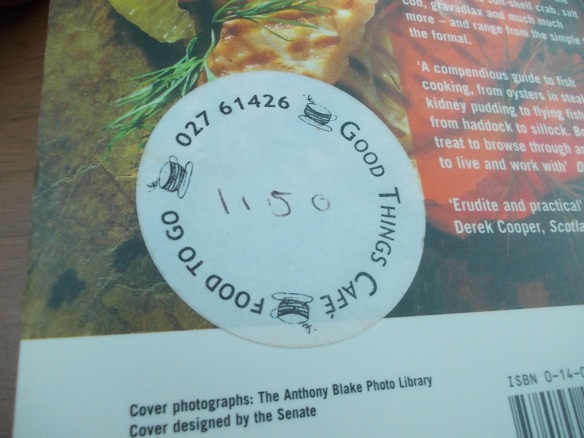