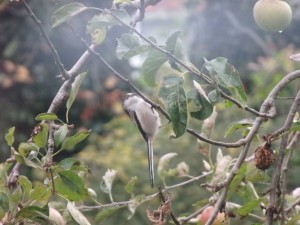 There has been a request for the recipe for the chicken cooked with strong coffee, brandy and honey.

It came from a book called Adventures in Greek Cooking: The Olive and the Caper by Susanna Hoffman and was called Chicken Kapama and was very easy.

Take one chicken and cut it into pieces. Heat olive oil in a pan with a lid and brown the chicken. If necessary do this in patches. Season the chicken with salt and pepper as you go.

Once the chicken is browned remove to a dish and cook a finely chopped onion in the oil that is left in the pan. After a few minutes add a good squirt of tomato paste and then as that starts to catch pour a third of a bottle of red wine. Bring to the boil and cook for a minute or two.

Then add the rest of the ingredients as follows; three chopped tomatoes, 3 tablespoons of brandy, a third of a cup of strong coffee, three tablespoons of honey, a cinnamon stick, three cloves and a bay leaf.

Return the chicken to the pan with its juices and cook at a simmer with the lid on for about forty-five minutes.

It was only me eating so I had a couple of the chicken pieces with some of the pasta I had bought from Matta’s. We will finish the rest for lunch tomorrow.

We went to see Northern Soul this afternoon so this evening we are listening to a 18 track CD compilation which the sleeve-notes tell me would costs a grand in 45s.

We will be eating fillets of monkfish that have been marinading in spiced yogurt and a tomato salad. The recipes for these come from Sabrina Ghayour’s Persiana which has just won cookbook of the year in the Observer Food Magazine. Lips are smacking.