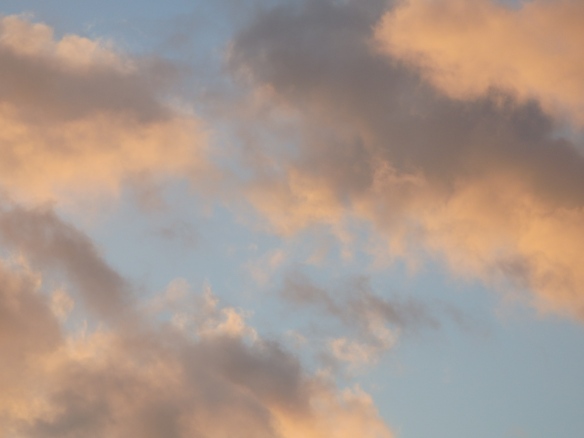 I suspect that there are few better ways to throughly piss off the neighbours than to have a large bonfire in the garden. You can stoke it with damp leaves so that great billows of grey acrid smoke waft over the gardens on either side of and those at the back. Given the weather it was a wet fire that only sporadically burst into the flame. The rest of the time it glowered and then billowed out some more smoke. So far as I could tell noone had their washing out.

The West Cork garlic I planted at the end of September is starting to sprout and I must have left some cloves in the ground from what I harvested in the summer as there are other odd green shoots poking out of the ground. The rest of the plot is dominated by horseradish. I suppose you could do worse than grow nothing but garlic and horseradish. I am sure it would keep you healthy.

I have lit the fire inside this afternoon but it is only me sitting in front of it. Maybe if I sit here long enough someone will join me.

In the meantime our early supper is cooking. It is another recipe out of the Persiana – Spicy Prawn Rice. I suspect there will be some criticism that it is a little too spicy and a bowl of yogurt and cucumber salad may not be enough to still the complaint.

It was straightforward to make. A packet of basmati rice cooked in boiling water for five minutes then drained. Raw prawns cooked in the mixture of garlic, ginger, chilli, ground coriander, cumin and fenugreek. Oil in the bottom of the pan then layers of rice and prawns. It is on the stove now slowly steaming.

We will eat it listening to strange Christmas records. Starting with Leon Redbone.