Sunday’s Observer Food Monthly gave us a list of 50 Foodie things we should know about this year. I was surprised that the mackerel curry from Jane-tira didn’t make the list. The more time goes on the more I am looking forward to the next time I can pit my taste buds against all of its vicious power.

But tucked away as an aside at No. 38 was reference to a contraption that should be on everyone’s wish-list. The article was on the pressed duck available from Otto’s Restaurant in London.

Pressed duck involves the use of a duck press which was described as the sort of thing that would have had Vlad the Impaler licking its lips and is a silver screw-press into which the carcass of a duck cooked rare is scrunched up so that its bloody juices can poured off and ladled over the breasts which will have just been carved away from the same crushed carcass.

But then mention was made to a similar but more ancient device used for lobster. Go to Otto’s website and he explains that there are only four of these things that were ever made. It was crafted out of silver almost 100 years ago and took over 150 man hours to put together.

It takes the shell and roe of the lobster once they have been cooked and the press is screwed down so as to extract every last residue of flavour from the beast. The juice is then mixed with some good lobster bisque and ladled over the meat. All this costs about £150 for two.

I have been on Amazon and these contraptions are just about available at a knock down price of $1,950.35 but with free shipping thrown in.

As much as a bargain as that sounds I reckon I could knock up something almost as tasty with a couple of Tommy’s lobsters and some heavy pieces of wood for knocking the buggeration out of the shells to extract their flavour. 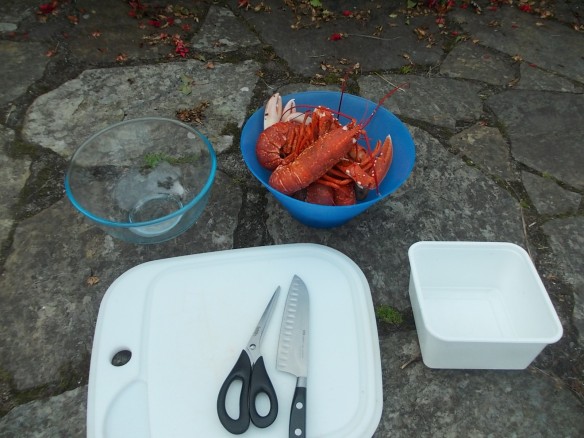