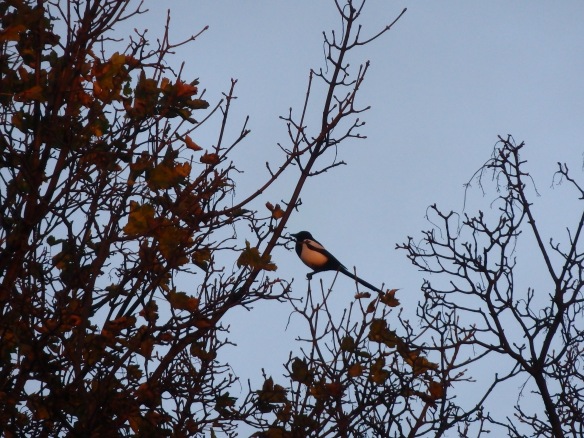 Given the glut of horseradish in the garden it is only right that I should eat some. We had it last night.

Halfway through the afternoon I braved the wind and rain for five minutes and grabbed a fork from the garage and dug at the roots through the sodden soil walking away with half a dozen straggly tubers. I could smell them as I walked back into the house.

Of course the only thing worth eating with horseradish is beef. I came prepared and picked up a small joint of topside from Claremont Farm along with a sack of potatoes. I also picked up six fat razor clams and a kilo of mussels. I was planning on a feast.

I started with the horseradish, washing off the wet soil and then peeling them. It was only as I started to grate them that it’s pungency got me, a sharp hit in the back of the nose and then the eyes started to water. I ended up grating them my eyes closed to try hold back the tears. Once it was all grated I stirred in some creme fraiche and put it in the fridge to keep.

I then started on a sauce for the mussels and clams, sweating down an onion with fennel, garlic and a couple of bay leaves. Once that had cooked down I added a couple of handfuls of chopped cherry tomatoes and a good glug of white wine.

Then the potatoes. They were peeled and sliced and layered in a buttered dish with a litre of cream, garlic, thyme, salt and pepper.

When we were ready to eat the beef came out of the oven to rest. It had been in there for about an hour.

The sauce for the shellfish was warmed through and the razor clams were laid on top their white bodies lolling in the heat. After a couple of minutes I added the mussels and put a lid on the pan until the mussels had open and were cooked through.

In their dish the mussels and razor clams were seasoned with some feta cheese, chopped parsley and more salt and pepper.

Once they had been finished were ready for the beef. The horseradish worked well and had the appropriate heft about it.