There was a touch of deja vu about our first visit to Schull yesterday.

We arrived just as the churches were opening their doors to allow back out their congregations to take in the bright morning air. There was a solid jam of traffic leading back up all roads into town and the tight junction by the car park was in a state of paralysis brought about by those drivers deciding whether it was worth turning in to try and find a space and those drivers trying to get out having failed to find a space.

It would have been a good morning for taking bets on how slow a jorney it might be possible to have making the drive from one end to the other of the High Street.

We made our way past the cars and walked down to the lower car park which had been taken over by the Sunday Farmer’s Market. It was packed with there being a particular scrum around the Gubbeen stall which appeared to be staffed by most of the Ferguson family. We already had a fridge full of bacon and cheese so there was need for us to join the queue although I was accussed of lingering.

Instead we debated what we should have for supper. I was advocating a good looking Irish Free Range chicken whilst others called for the benefits of a stall selling West Cork pies. We settled on the pies a bought a selection of steak & kidney, chicken & leek and cheese. I also smuggled a proper pork pie into the bag.

We then made our way up the High Street wasting time in the bookshop over which books to buy and looking carefully over the grandfather shirts in the drapers trying to decide if I really needed another one. I decided I could live with the two that I had but that I required a night shirt. Unfortunately there was just the one night shirt in stock which was many sizes too small. I was, however, assurred that more were on order and I should return in a few days time.

Thoughts then turned to lunch. There are many places to eat in Schull but our discussion is invariably centred around just two of them.

Should be go for the fish & chip place by the pier where a half dozen oysters followed by scampie & chips with a glass of cold white wine would be available out in the sun or Hackett’s Bar where we would be able to sit at a rough table in a dark room, drink pints and have a plate of very fine open crab sandwhich. My preference was for the latter but there was still some debate to be had around the issue.

Fortunately it transpired that it was still too early for lunch and some of us were wanting to looking at some more shops. So an advance contigent was released in order to just have a drink in Hackett’s from where a final decision could be made as to where to eat.

This, of course, was a fatal error on the part of those who would otherwise have been advocating the benefits of the fish & chips because once we were sat down in the tight dark snug round the back of the bar in Hackett’s it was going to be very difficult for us to shift even if it meant moving on for the best fish & chips in the world (and those that can be had by the pier in Schull come close).

So after we had finished our first pint an order was put in for food and twenty minutes later I tucked in to a very fine open crab sandwich – a snowy mound of white meat on top of garlic mayonnaise piled over a thick chunk of soda bread.

As I tucked in I remembered that exactly the same scenario had played out the previous year with equal success. 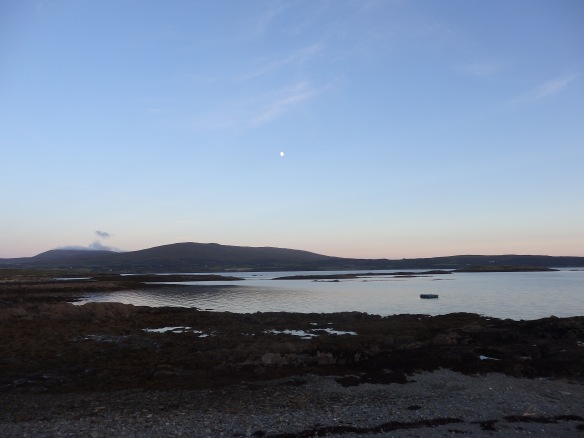