The iPhone has been stuck on shuffle for a large part of the day as I spent time trying to sort through various accumulated piles of paper.

As part of this process I came across at least a dozen versions of How to kill a mackerel all waiting for me to finish it off before I move on to something else. Most of them had on the front cover a picture of a grey bucket with two bloodied and just caught mackerel. They have all gone into a box until there is time for me to throw it all up in the air again.

Part way through the day the shuffle stopped at Crystal Gayle singing Old Boyfriends from the soundtrack of One from the heart. The song stopped me in my tracks.

A few minutes later I came across the programme for when I saw Tom Waits play the Dominion Theatre and afterwards we walked a mile or so for a pint in a pub called The Rising Sun on Lamb’s Conduit Street. He played Burma Shave that night. If ever a song should reduce a grown man to tears it was that one.

Friday evening I was asked if I would be cooking anything over the weekend and there was nothing that came to mind. Then I remembered the other half of the brace of grouse I bought a month ago from The Farmer’s Market that had been tucked down in the back of the freezer. I took it out to defrost and ate it this evening..

A grouse only needs 25 minutes or so to cook in a hot oven. I did nothing to it apart from slipping a couple of sage leaves underneath, salt and pepper and a covering of a pice of good ham.

As it cooked I boiled up some lentils that were finished off with herbs, olive oil and lemon juice. 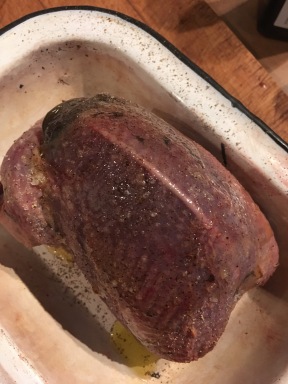 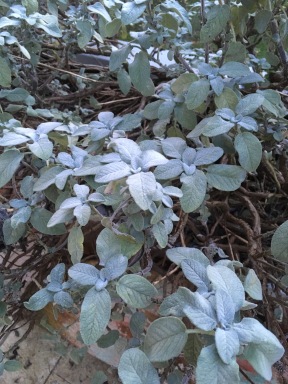