The eldest daughter is off to Copenhagen next most month and has managed to snaffle a seat at Noma where she will be eating some of the best food in the world.

I mentioned this to somebody the other day and was told that I should watch an episode from Rick Stein’s last series in which he spent a weekend in Copenhagen. So I settled down to watch it Friday night.

The bit about Noma was an anti-climax as someone had got something wrong with the booking and there was no filming inside. All we got were a couple of shots of an impressive looking converted warehouse with the Noma sign outside.

But there was plenty of other Noma like food a lot of which was assembled on plates with tweezers and patience. For all the impressive cuisine the best looking food that I saw was on open sandwich served in what looked like a fairly prosaic cafe – rye bread piled with pickled herring, sour cream, salad, apples and interesting tasting green herbs.

But as I watched the programme my mind kept turning back to the opening credits showing the various places Rick had visited over the course of the series and a shot of what  looked like the cathedral in Cadiz. Halfway through I could take it no more and I turned off the programme on Copenhagen to try and find if he had devoted an hour long programme to the good food that can be had in Cadiz.

It turned out he had and I was hooked for the next hour.

If I have a favourite city in the world then it is probably Cadiz. I have been there three times and on each occasion totally beguiled by the place.

The first and second time I was there we stayed by three or four days and the last time (5 years ago) we were there just for the day.

Cadiz is a big city that stretches across the coast facing up to the Atlantic. The old city is almost totally surrounded by the sea and is at the end of a long spit of land that sticks out into the ocean. The port area is relatively modern and most days there will be a cruise liner hogging the horizon but it doesn’t take much to step back into the old city.

It is mostly made of narrow streets, the roads just about wide enough for a car, through which it easy to wander trying to get lost until inevitably the street opens out to a square where there is normally a bar to be found selling cold beer, sherry and tapas.

The streets are narrow to give some protection from the sun in the high days of summer when the heat beats down so it is impossible to do anything. On either side there are tall houses with big heavy doors and oversized knockers. Occasionally a door will be open and walking past you slow down to look into the cool shadowed interior. A lot of the houses have a small central courtyard open to the sky with a pool or fountain in the middle.

All the buildings appear to be made out of faded yellow sandstone. The permanent sea air weathers the stone and it can feel as if the whole city is slow crumbling back into the sea that always there around a corner as you walk.

But as Rick Stein shows it it is the food that makes the place.There is a fish market in the centre of the old city. Walk through it on a morning and the white slabs of cold stone are loaded down with obscene amounts of fresh sea food. It is difficult to believe that the sea can keep giving of its bounty so that Cadiz can continue to have its fill.

Of course with a market like that seafood that can be had in every cafe, bar and restaurant is pretty special.

The last time were there was a Sunday. The bars and the tables and chairs spilled out in to the street all with people drinking and eating and talking.

We sat inside and ate great platefuls of fries fish; dogfish flavoured with vinegar, small whole squid and best of all tortillitas de camarones – small whole prawns cooked in batter with a few green herbs.

Later in the afternoon the tables and chairs were put away. They would be out again in the evening.

Watching Rick Stein walk the streets of Cadiz the hairs on the back of my neck bristled and I could think of no other place I would rather go back to. 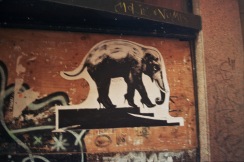 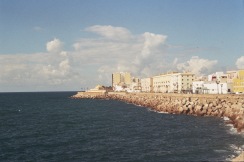 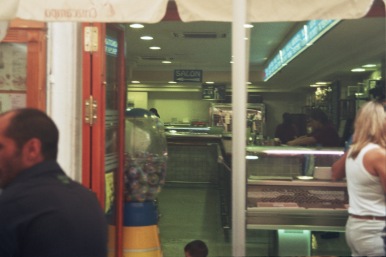 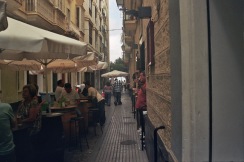 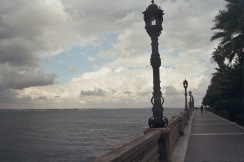 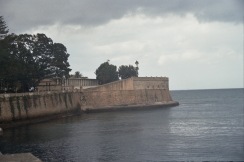 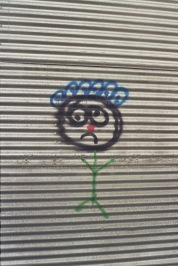 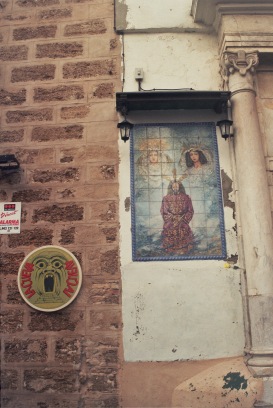 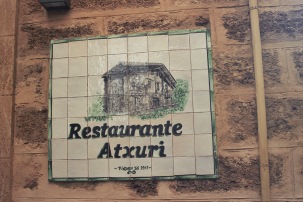 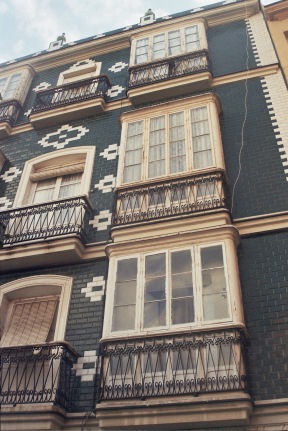