So with all this technology we have at our fingertips I found myself at 11.00 last night shouting loudly at a blank laptop screen that was refusing to do what only a week or so ago it had done without me really thinking about it. The small revolving ball waiting to happen seemed to be shrugging its shoulders and telling me, “What else should you expect if you go download an upgrade when you don’t know what you are doing and I am too old and tired now to run with all its bright new colours.”

I left it and went to bed and when I woke up it had got round to doing what I had asked it to do.

I took out some of the frustration on the cats ushering them outside for another night in the cold and rain.

They should count themselves lucky they are not dogs. I have found a recipe for dog.

Any trip to Oxford needs to fit in a quick ten minutes in a second hand bookshop to try and find an interesting cookbook. The good people of Oxford seem to be more than happy to pass on cookbooks interesting and quirky. This weekend I managed to pick up a book devoted to vanilla, another on stimulants and intoxicants and finally a book on Korean cuisine.

I have been told by people that know that I should be having a go at Korean cuisine and there is a small hole in the wall place in Liverpool that looks tempting.

I picked up the book without really giving it much thought. It is mostly a fairly scholarly treatise on the food and its history but at the back there are twenty five or pages of recipes including one for Dog-meat stew or Kaejang-guk.

I read the recipe expected that there might be a suggested substitute for the dog-meat. There wasn’t – instead it started with a clear instruction requiring 800g of dog meat but no instruction on where to acquire it. Reading more closely dogs are bred specially for the soup which is particularly good in the summer. But there was little clue to the type and size of dog presumably leaving the adventurous chef free have a go at whatever might be at hand be it the noisy pug that lives next door or a wandering labrador.

Happily the recipe starts by telling us that ‘dog meat is generally cooked with the skin intact, trim any fur and clean thoroughly. Often, fur is burnt off the skin with a flame’!

Fortunately I have another book of Korean cooking and from that I am cooking some chicken thighs braised in soy sauce.

It was very easy. The thighs were steeped for an hour or so in a mixture of soy sauce and sesame oil with some crushed garlic and ginger, spring onions and shame seeds and a dash of sugar.

The thighs were fried in oil until they took on colour and the marinade was stirred in along with a cupful of water. Twenty five minutes later it was done. A diced red pepper was thrown in and I ate with plain boiled rice listening to dodgy 1970’s reggae.

I suspect that will be better for my nights sleep!

We were away for the weekend and now that I am back the garden is shrouded in darkness between most of the hours from when I go to work in the morning until I am back in the evening. It seems a shame that that is how it is going to be until Spring next year when the clocks move again.

In the small amount of light there has been I had time to see that the squirrels have found a way through the plastic netting I put over my second attempt at planting some more tulip bulbs. They simply chewed through it and left a few neat holes where the bulbs had been planted.

I could of course try and look on some bright side and persuade myself that all the squirrels have done is take the bulbs off to somewhere else in the garden to be buried until next Spring by which time they will be gloriously in flower. A naive hope I suspect.

The more tangible good news is that at least one of the cats has now found itself some backbone and a weekend locked out of the house has resulted in one squirrel’s tail carefully laid out on the patio. Somewhere I have some recipes for squirrel. So if the cats are left locked out for long enough they could be bringing me a good square meal. 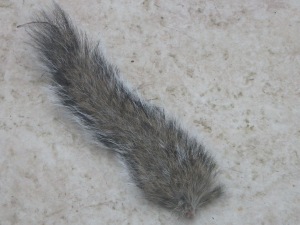 In anticipation of that I have cooked myself some proper meals. Last night it was a plate of Moghrabieh with lamb and this evening it has been a baby chicken in a orange stew with burnt rice. They were both very good but the chicken in orange stew probably pipped the post.

Saturday it rained and we went for a quick walk up the Cowley Road. Music was brought and I stocked with four kilo of giant couscous to take back to Birkenhead. The River Cherwell was thick with leaves. After the rain stopped the sun was low in the sky and caught the clouds opposite a bright pink. 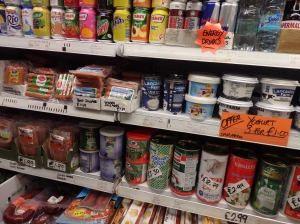 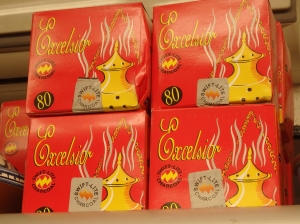 The rain stopped Sunday morning and the sun came out for one of those last autumn days during which the light catches at the turning leaves in the trees bringing out the dirty pinks, reds and oranges.

If I cast my mind back last weekend I wrote about being out in the garden and planting what felt like an hundred tulip bulbs and some garlic. The planting of the tulips involved a smal metal device, probably called a dibber, that was screwed into the ground to a few inches deep and pulled out the with whatever soil had been screwed  caught up in the metal cup, just right for plonking the tulip bulb into the hole and releasing the soil back in. So enthused was I with the job that I didn’t notice that my palms were blistered and blood had been drawn with the use of the metal dibber. When I started to feel the pain it didn’t mater as a hundred tulip bulbs had been planted and my award would come next Spring.

A week later and the patch of ground had been dug over and neat piles of soil were left next to all the holes I had dug and each tulip bulb had gone. Looking round the garden the only possible culprits were the grey squirrels. They had clearly built up some confidence around the cats and had no doubt been watching me dig holes for their the lunch. The cats looked on shamefaced. They knew they had instructions to show no mercy to anything grey, bushy tailed and with a look of aminosity towards my tulip bulbs but all the could do was lick their backsides and fight each other.

So a weekend later more bulbs have been planted and have been marked off with what will probably prove to be some ineffectual plastic.

By way of compensation we have eaten beef stew. A kilo or so of stewing beef cut was into cubes and browned in hot oil and bacon fat with some bits of chopped ham. That was taken out of the pan and three, different coloured onions were sliced, and stirred into the hot oil. They all took on colour.

Garlic was added along with some  ground cinnamon and oregano from the garden. The bef was tipped in along with a few glasses of wine and a couple of tins of chopped tomatoe. A bay leave was pushed in and it was all left to simmer, at low heat for quite a few hours. 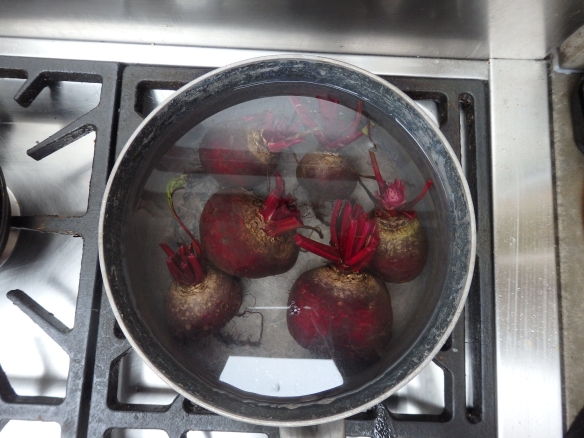 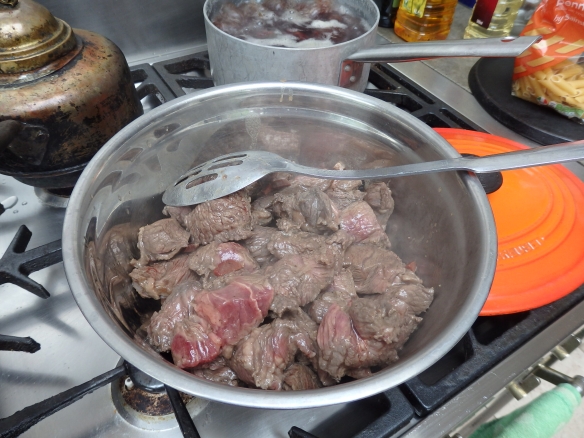 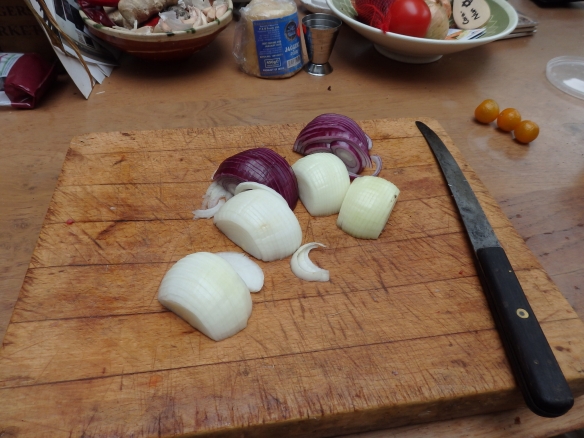 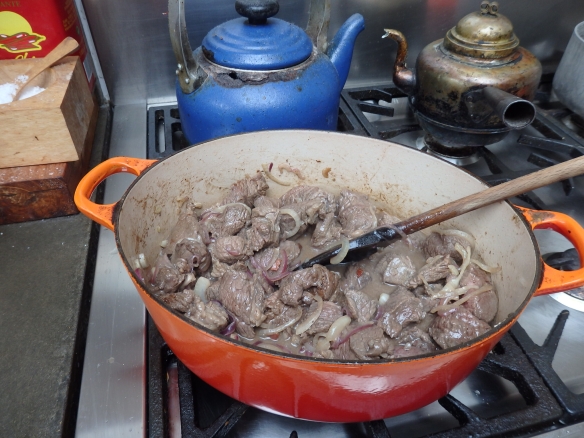 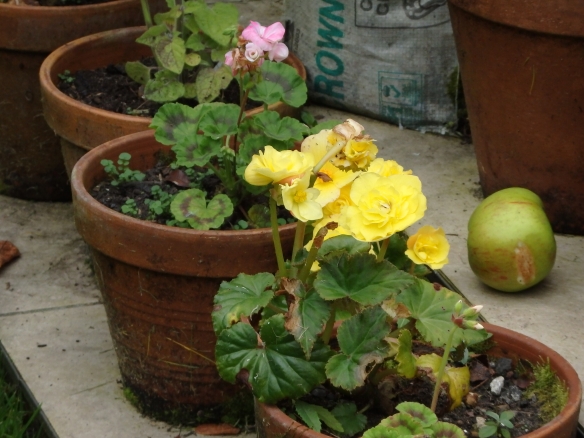 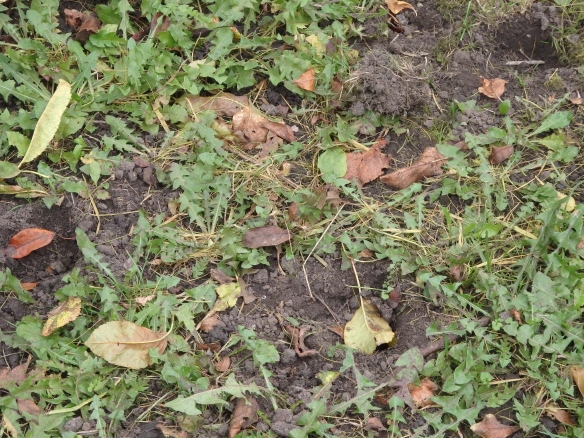 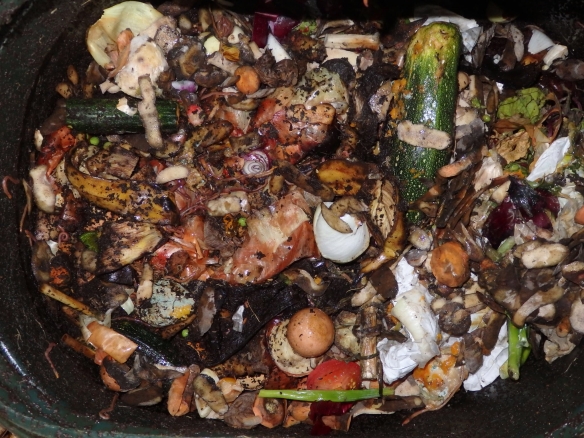 It was very good.