Some of you will know the Big Red Soup they serve in Hackett’s in Schull.

I have never tried it as I can never say no to a open crab sandwich but I have seen it being eaten and I know it to be a soup of good colour and deep flavour.

I spent an hour or so on Saturday afternoon trying to make a reproduction.

I gave some thought to what it might have been that gave the soup its particular kick and settled on it being the appropriate addition of some dried Mexican chillies. Fortunately we had been in Brighton the previous weekend and I had picked up a stash of dark liquorice smelling examples. These were stewed in hot water before I went out to buy my tomatoes.

Along with the tomatoes I bought onions, leeks and sweet red peppers.

It was then all a question of time and assembly.

The onions were softened in olive oil and butter along with the finely chopped leeks and eventually the peppers.

As they started to take on some colour I added some garlic and then the tomatoes. Each tomato had to be cut in half to better give off its juices.

There were a lot of tomatoes (I was cooking for 50) so the work had to be split between two large pans.

As the tomatoes were added I stirred in the dried chillies and a generous handful of sage and oregano,cumin, salt and pepper and cinnamon.

It was all cooked for an hour or so until the tomatoes had given off their juices.

I put it all through an ancient mould picked up from a junk shop and then half through a fine sieve.

The soup was served over a Sunday afternoon as a small piece of forgotten ground in Anfield was taken back for the local community and made into something special. 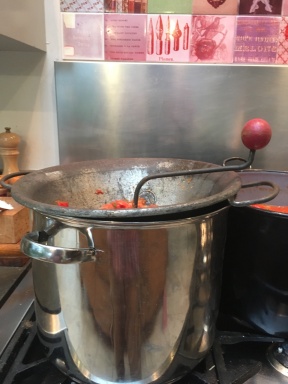 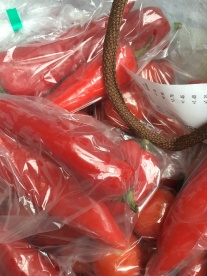 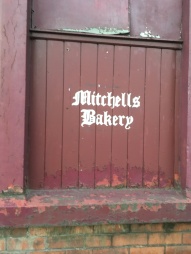 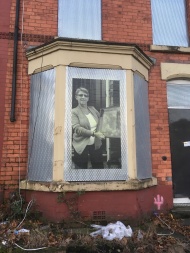 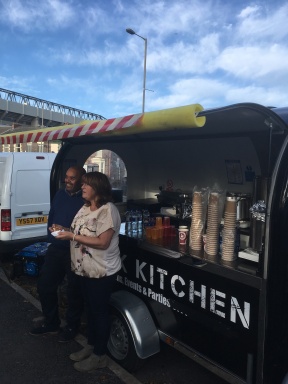