It was slightly depressing to walk round the old Cain’s Brewery building and to see it stripped of almost every thing that might be required for the brewing of beer.

The odd sign was still pinned to the walls and the stonework still declared Higsons and The Brewery Tap was still open. They even had behind the bar some polished, unopened bottles of Cain’s Lager but they were not for sale and even if they were they were well past their use by date. It was nice to see them.

The last time I had been inside the large canning room it had been to walk out on to a deck overlooking the room so I could watch as thousands of cans of beer were sped along conveyor belts to be packed into the back of lorries. There were no cans left and the building had been taken over by art for the Liverpool Biennual.

Earlier we had spend an hour or so looking at more art in Toxteth. Here an old reservoir had been opened up and filled with green laser beams. Whilst the green beams were impressive it was perhaps more interesting to be inside the reservoir and able to look up at the curved edges of the Victorian brick ceiling and the black iron columns holding it all up.

It was the same in the Welsh Streets where a great block of grey stone had been placed halfway down one of the streets. It was strangely effective but not as interesting as the faded colours in the shuttered old houses and the poetry and song lyrics that had been pinned to their locked doors. 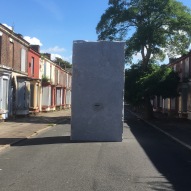 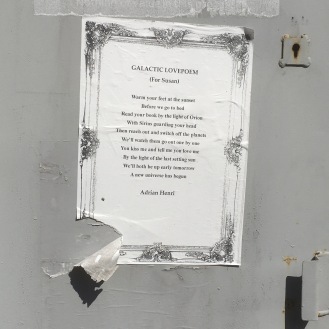 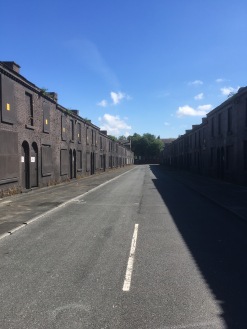 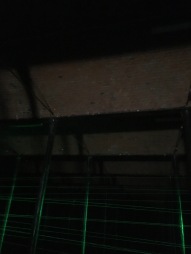 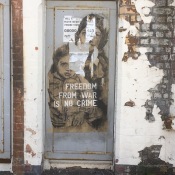 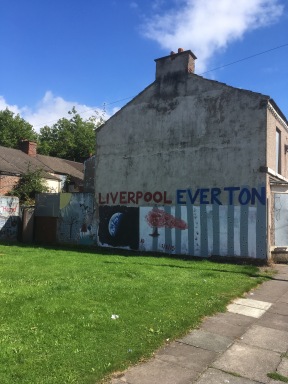 Saturday evening we had a BBQ and I cooked pork ribs. They were marinaded in a sauce of my own devising. This started by me putting a couple of chopped onions, same garlic and tomatoes through the food processor and then adding some flavourings to the sludge which basically meant  pouring in whatever I could find in the cupboard – this included some runny honey which had gone hard, a couple of different types of chilli sauce, tomato ketchup, soy sauce, lots of salt and pepper, some vinegar and another dash of ketchup for luck. There may have also been the dregs of a couple of bottles of BBQ sauce that had been lurking.

This gloop was mixed in with pork ribs. I poured some over some chicken wings as well as the vegetarian alternative. A couple of hours later when I came to light the BBQ there wasn’t as much charcoal as I had anticipated. This may have worked out for the best as there was just enough for me to be able to maintain a consistent low level heat sufficient to cook everything but not burn it. 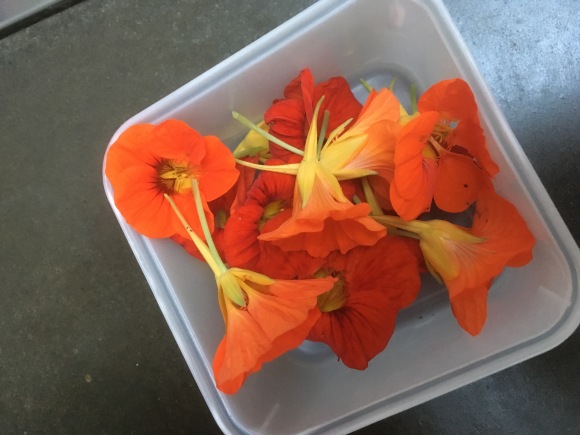 We had the pork ribs with rice’n’beans and salad and good company.

There is an art to the cooking of Irish potatoes all of which geared to boiling them to the point they are cooked but before you are left with a watery mush in the bottom of the pan that is good for nothing but throwing down the sink and starting again. The tipping point only takes a second or so. A moments distraction and it may be too late and they’re done for.

This means it all comes down to the timing. Of course there is no chance that two different pans of potatoes will be done at the same time so there is no point setting a rule down in minutes and seconds. Vigeilence and the continous promp prod with a sharp knife is needed.

One potential solution is to do away with all and and work on the basis that they will be done in the time it takes to walk up to the pub and bring back a couple of pints.

Worked out fine yesterday evening. I must try it again. 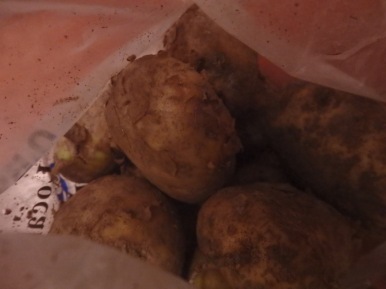 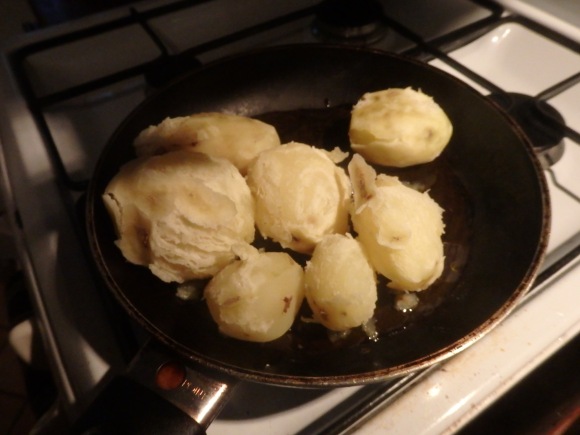 The clouds have come down over the course of the last couple of days.

Last night enough of a crack was left in them for the light of a hidden moon to find it way down to create a silver pool through the dark in the middle of the bay.

The clouds have been thicker today but there has been little or no rain. Despite this the air is thick with moisture and on the short walk up to the pub this evening to fetch a pint it seemed to wrap around me in warm embrace. 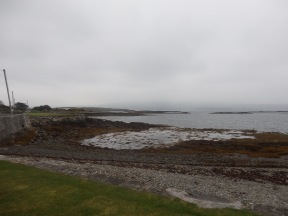 The air has dampened all sound and quietened the seagulls. The only sound being the occaisional squawk from a pissed off heron disturbed from its hunting on the rocks at the bottom of the garden as I try to take a half decent photo of it. 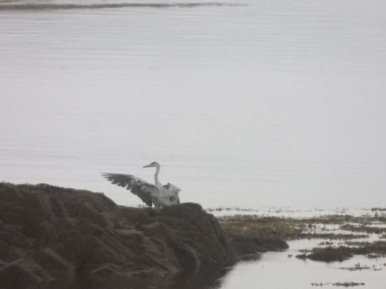 Most years bacon consumption is confined to packs of either Gubbeen or Rosscarberry picked up in bundles from whatever shop or farmer’s market we might be passing.

Over the past couple of days we have tried something different.

On the drive back from Cork Airport on Saturday morning we stopped off in Innishannon for supplies. There had been talk of a good butcher and this seemed like a good opportunity to pick up a couple of steaks for supper. The butcher was found and the steaks acquired and we then spent a few minutes walking up and down the road over from the old broken down grey houses that line the main street.

Here we found a Quality Food Hall selling cheeses and solid bread, unusually shaped pasta and packs of Dry Cured Black Bacon. We bought a couple of packets and tried them out this morning in a rough sandwich made up with the soda bread that we bought. The bacon was very good. And tasted even better stuck between a couple of slices of the tough sour dough bread we bought in the same place. 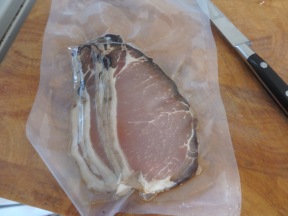